On Saturday night we headed to the San Diego Botanic Gardens for their annual Garden of Lights.  We've been going every year since Thatbaby was born and it's always a big hit.  The first year was wonderful because he was just beginning to focus on objects and was in awe of the lights.  This year however, he has really got into the excitement of it all.  He points out every Christmas light we see during car rides, so was beside himself when we told him we were going somewhere covered in lights.  Even moreso when we pulled the sled out of the garage and told him there'd be snow. 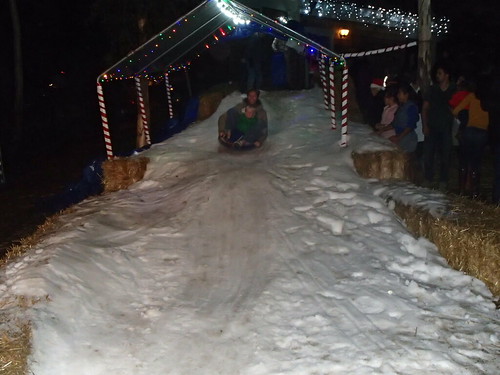 The snow is one of Thatbaby's favorite part of the Garden of Lights.  Growing up in Southern California, we don't see snow on a regular basis, so we take it when we can get it.  And Thatbaby can't get enough of it.  He took turns with Thatboy and I going down again and again. 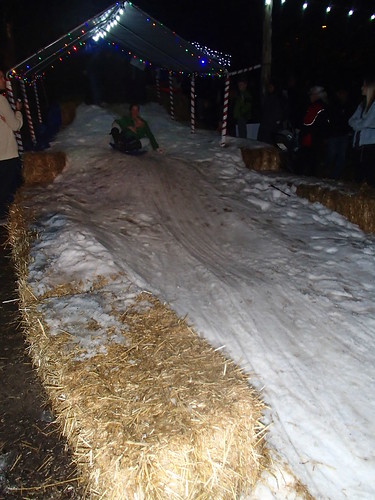 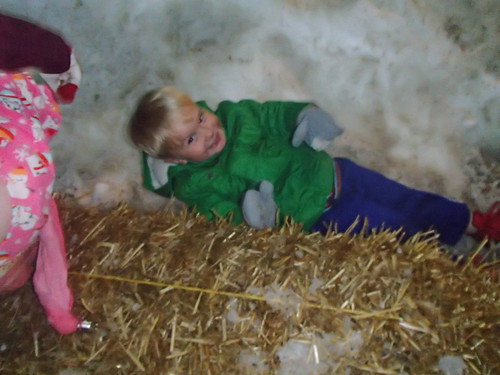 After we got our fill of snow, we headed out to check out the rest of the gardens. 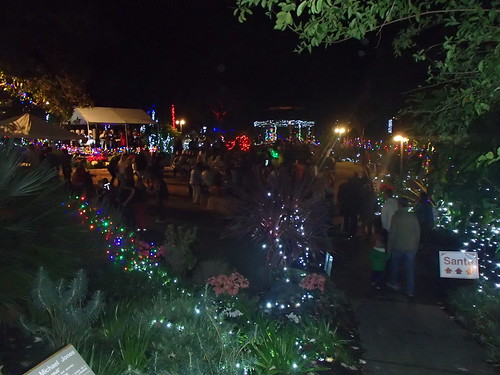 Thatbaby ooohhed and ahhhed over all of it.  Running up and down the light-lined paths. 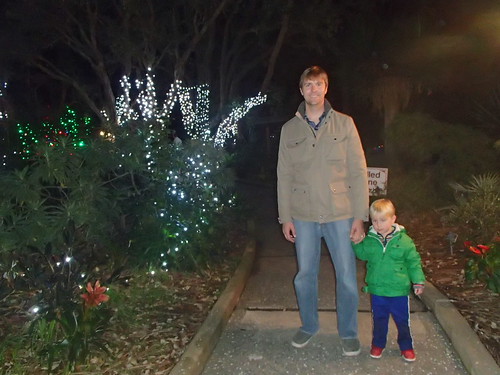 We got him to slow down to sit and listen to the performers of the evening singing Christmas songs.  He was so good, a fellow spectator commented on how sweet and calm he was.  She left right before he started shaking his head like a maniac to make himself dizzy enough to fall off his chair.  Which he did 3 times. 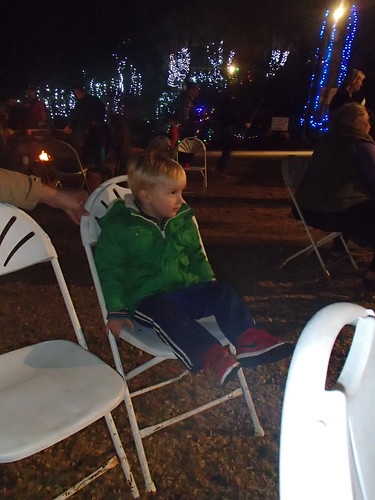 Thatboy felt this was the most successful trip to the Garden of Lights we've had in the past 4 years.  What made the night so successful?  According to Thatboy it's because we brought our own dinner instead of stressing about eating before, after, or spending a million dollars on the food available there. 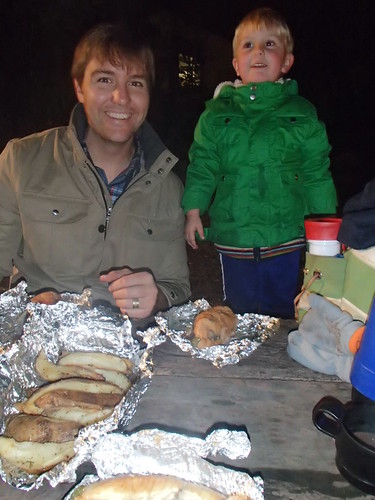 Typically, this is the kind of setting that calls for a picnic - sandwiches to be easy and packable.  But cold sandwiches are no fun on a cold winter evening.  So instead, I used an old camping trip - wrapping warm sandwiches (and potato wedges) in foil to keep them warm. 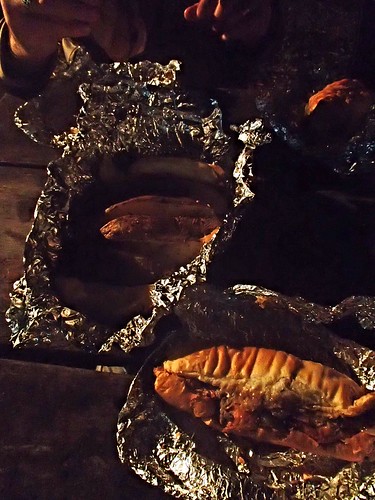 It's the best of both worlds.  Easy to pack, easy to eat, but still warms you up from the inside.  Grab a thermos of hot chocolate and you're ready to hit whatever winter festival is in your neighborhood! 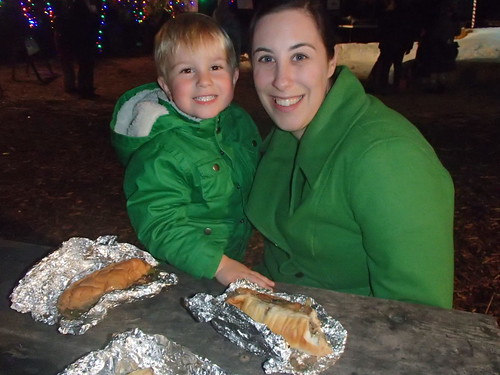