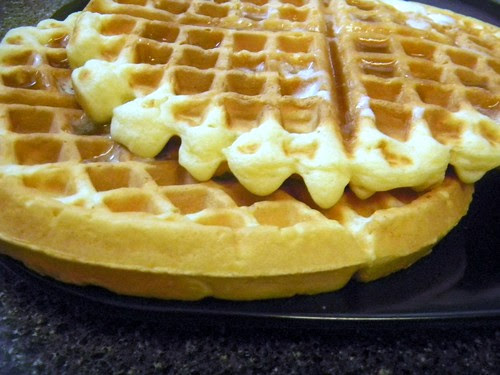 Oh the joys of long weekends.  For us, it was less joyful towards the end. Mostly because Thatboy ended up getting sick and spending all of Monday in bed.

But before he did, we made the most of Sunday.

It started with our special Sunday breakfast - waffles!  I'm really into the waffle thing lately.  For some reason, it's just so much simpler than pancakes.  The waffle maker does all the work, I don't even have to flip!  And the nonstick surface makes clean up a breeze.

I've experimented with a bunch of different recipes - this is our favorite.  The whipped egg whites makes it light and fluffy.  And although Thatboy doesn't like his pancakes light and fluffy, that's exactly how he likes his waffles.

Following waffle-mania 2012, we ran a billion errands to get Thatbaby ready for his first day in the big-boy room.  (More on that tomorrow)

And then we headed to another party!  Thatbaby got to see his girl Lashes again.  She was thrilled to see him, but he played it cool.  And he's had some kind of growth spurt, because he's now taller than her! 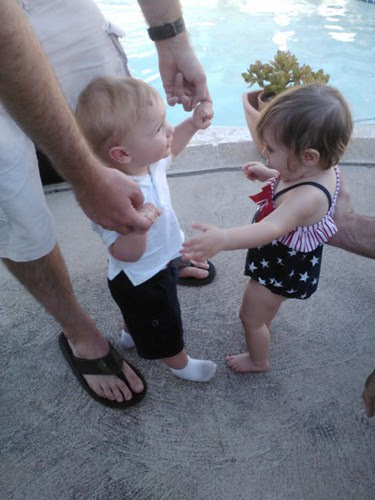 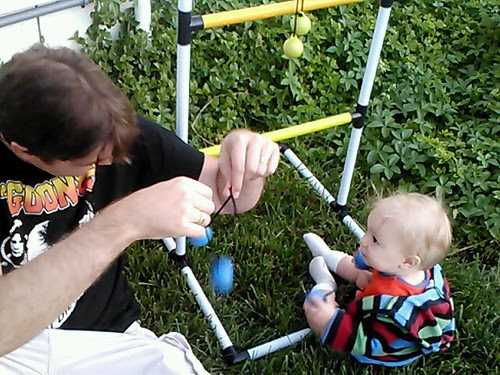 And took a dip in the pool. 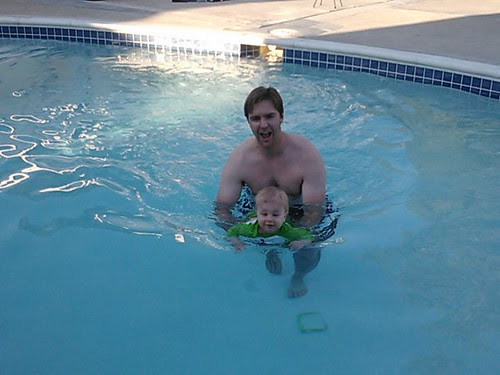 And of course, good grub was enjoyed by all. 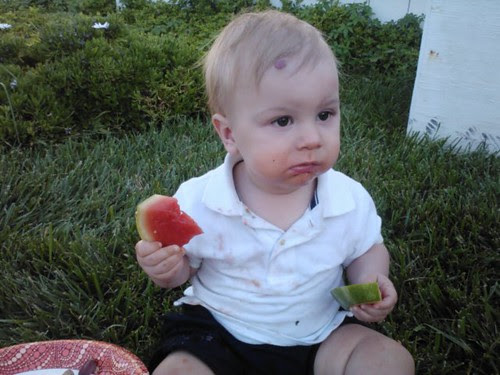 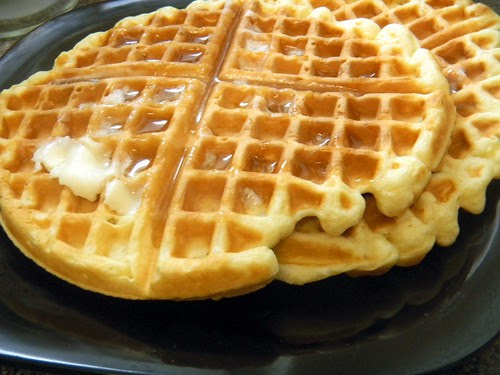