Fishes by the Sea 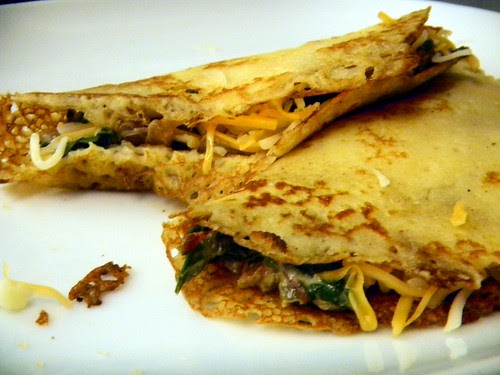 I love living in San Diego because we really do have everything at our fingertips.  Rarely can you claim "there's nothing to do."  Instead there is so much to do, that sometimes it's hard to pick one thing!  Which was our problem when H and I tried to get the boys together a couple of weekends ago.

We settled on a trip to the Birch Aquarium, since Thatbaby loves aquariums, and Little LO hadn't been to the Birch yet.

Thatbaby was as entertained as I'd expect him to be.  He loved pointing and watching the "geegth."  The jellyfish were a big hit for both Thatbaby and Little LO.  (Little LO did NOT love the eels however.  Jellyfish are apparently much more baby friendly) 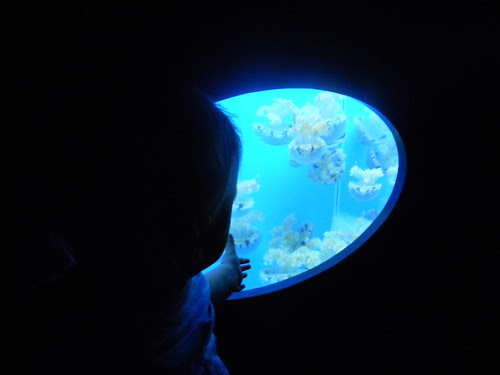 Thatbaby's favorite room was the kelp forest.  Both for the floor to ceiling tank, but also there was a huge room for him to crawl around. 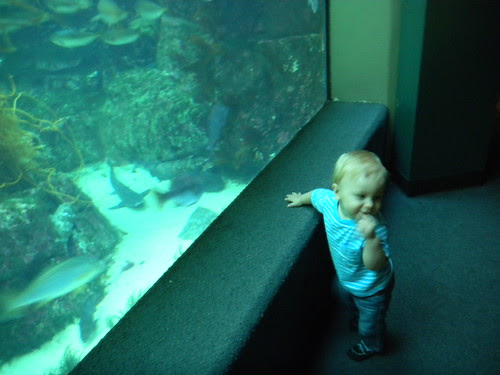 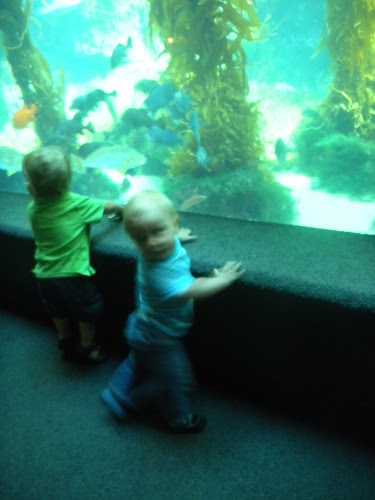 Leaving the aquarium, my boy passed the heck out.  And slept for a nice long time.  Looking at fish is tiring y'all.


And apparently it also makes you hungry.  Because dinner that night?  He devoured it.  To be fair, Thatboy devoured it too.  And afterward made one of his near-famous comments.

"That was really good.  No, really.  I wasn't expecting it to be very good.  But it was."    You would think after so many years he'd realize I know what I'm doing.  I rarely serve him something gross.  Although I'm tempted to start mixing in some really awful things for him, and keeping good stuff like this for me and Thatbaby.

I thought this would be a good time to showcase it, as Joanne is going through a rough time right now and I know she'd appreciate any good thoughts and positive energy you could spare. 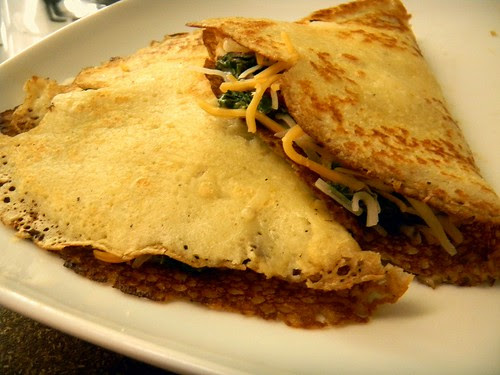 Masa Crepes with Chard, Chiles, and Cilantro (adapted from Vegetarian Suppers From Deborah Madison's Kitchen as seen on Eats Well With Others.)