Based upon the responses to last week's Mommy Mondays, I thought this would be a good time to talk a little bit about baby carriers.

I knew I wanted to use a carrier when Thatbaby was born, but I never knew how dependent we'd be on one!  For the first 6 months of his life, Thatbaby HATED the carseat.  Would scream his head off every time he was in it.  If, by some miracle, he managed to fall asleep in the carseat, he'd wake up the second the car stopped moving.  So we were never able to bring him anywhere in the carseat.
This was equally true with his stroller, which he only started being okay with around 7.5 months.  Before that, the only way to take him anywhere was if he was strapped on to one or both of us.  This was also how we got things done around the house.  And how we went out to eat.  Our carriers are worth their weight in gold.
I registered for a ton of different carriers.  I think I registered for 9 or 10.  Because I had no idea what was the best out there, and figured that if someone wanted to get us a carrier, they would probably be someone who used or knew which was good.
We got 3 carriers as gifts.  And then I saw a great deal for a moby and ending up getting a "his" and "hers" version.  So when Thatbaby arrived, we were already "carrier people."  And we've picked up a couple more along the way, so we now have a total of 6.  Here's a review of the ones we have, with a pro and con list attached. 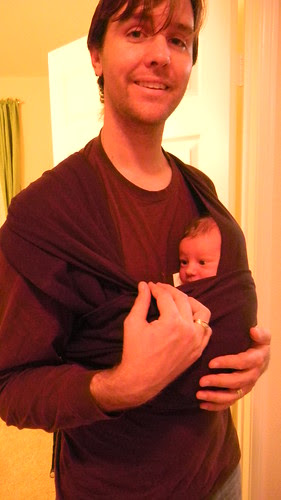 The moby was the first carrier we ever used.  In fact, we used it the very night we came home from the hospital.  Here's Thatboy getting ready to eat dinner our first night at home.  He looks amazing doesn't he?  That's because he slept all of 2-3 hours during the 60 hours we were at the hospital. 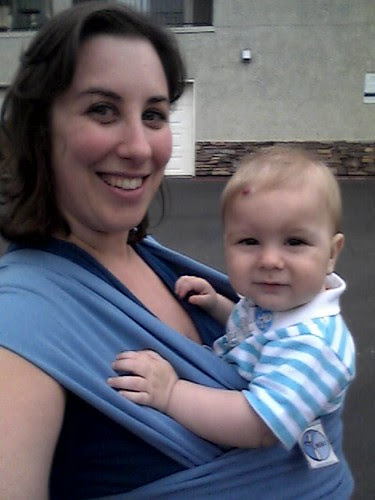 Pros:
Cons:
One thing I didn't list is the oft-heard complaint: "It's too difficult to figure out."  And really, when the Moby arrives at your doorstep, the giant piece of fabric can be a little intimidating.  But once you get it, it's really easy to put on, and very convenient since you can pop the baby in and out.  I felt much better about how to put it on after I saw it done in person.  This isn't exactly "in person" but here's a quick little video of me putting on the moby so you can see how it's done.

The Pikkolo was the first carrier we received as a gift.  And it quickly became Thatboy's favorite.  So much so, that we referred to it as "his carrier."﻿ 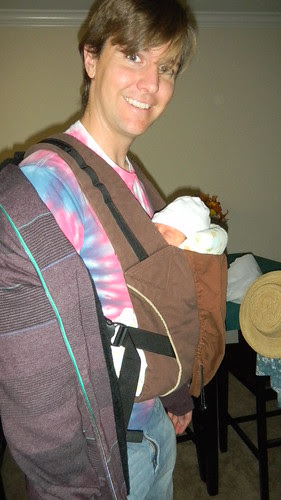 This was the last carrier we received as a gift.  Due to the weight requirement, we couldn't use it for a couple of months, but it was perfect for our first trip to Palm Springs in January.  It was a little too warm for the Pikkolo, and this is open enough to stay cool.  At 3 months, it was perfect for Thatbaby.  Now, at 10.5 months, Thatboy discovered last week that it's no longer comfortable for either of them to wear, so it will probably be retired. 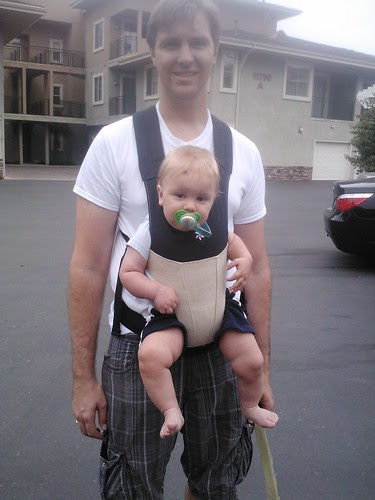 As much as we love our other carriers, we decided to invest in one especially for hiking since Thatboy and I do love our hiking and camping trips.  After seeing good reviews for the Kelty (and because H had one), we used our registry completion discount to get this.  But it requires the baby to be 7 months old, so we didn't use it for quite some time. 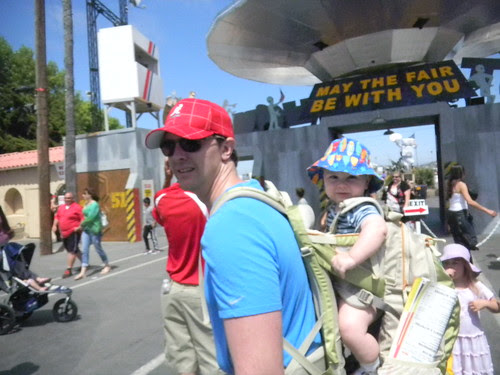 We also got the sun hood, to help protect little head from the sun. 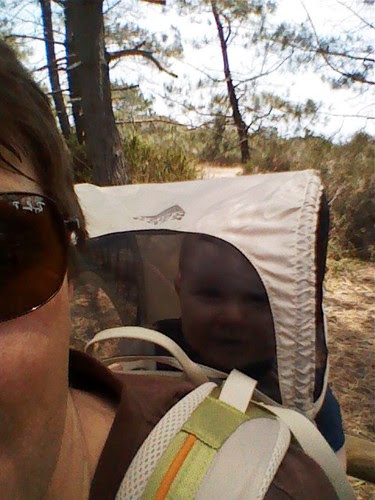 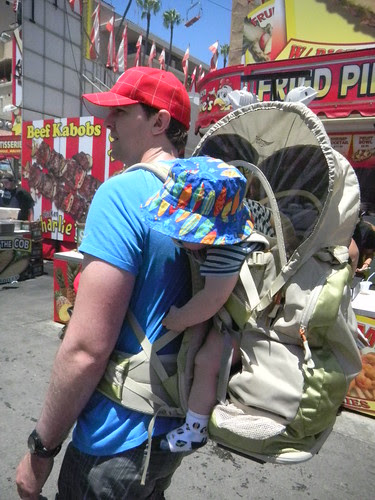 The Ergo was an impulse buy.  We were getting ready for a trip to Palm Springs, when the Ergo Performance just happened to show up on BabySteals for 60% off list price.  It was in my cart before I even knew what I was doing.  And I got a little lecture from Thatboy along the lines of "how many carriers does one person need?  But it didn't take him long to change his tune.  This was perfect for our Palm Springs trip - and beyond.  It has all the benefits of the Pikkolo, but in a more lightweight material, with vents, so it doesn't get as hot.  Unfortunately, it does require a special insert to use with a newborn, which the Pikkolo does not, but we got this when Thatbaby was already 6 months old, so we didn't need to worry about that. 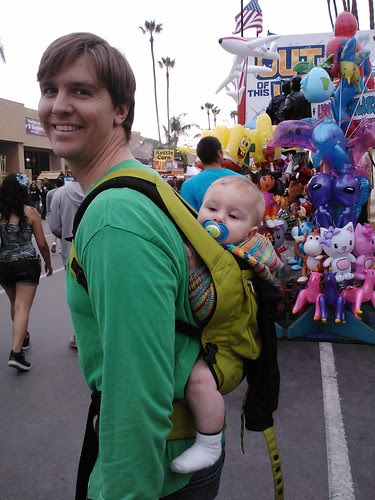 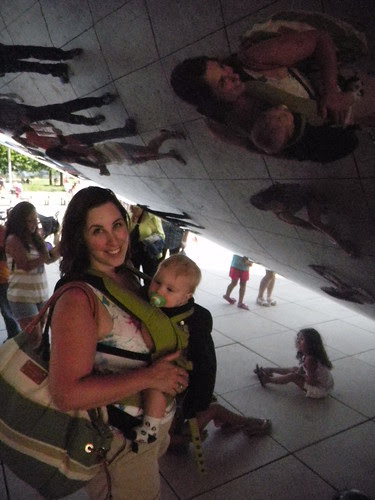