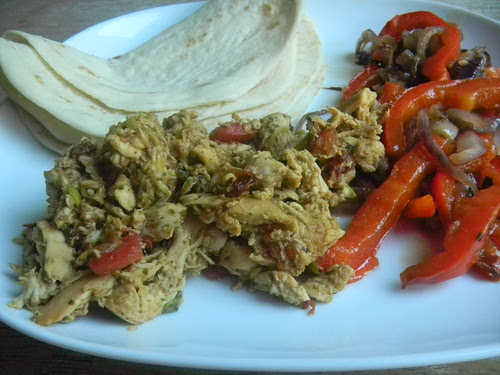 If you haven't been able to tell from my lack of posts, things have been a bit crazy here.  It started before my brother's wedding with me prepping for my first trial.

I've done trial preparation before, but usually I'm prepping for someone else.  This is the first time I had to write an opening, deal with voir dire and other last minute details like prepping witnesses.  This meant many late nights.  In fact, we came home early from the wedding weekend so I could head in to work for more prep.

Dinners have been ridiculous at our house because of that.  For the most part, I didn't eat.  And when I did, it was something Thatboy had prepared - and he doesn't cook.  And yet, I've decided that he is now in charge of making pizza in our house due to one fabulous midnight meal that was waiting for me one night.

I'm just now getting caught up, almost a month a later.  So dinners are still a little haphazard.  Something quick is really what the times call for.  Like chicken fajitas.  Which I adore.  Especially because I can put steaming hot plates on the table and let Thatboy and I fend for ourselves.  (I'm kind enough to hep Thatbaby out.)  His favorite food right now is tacos, so having fajitas ready to go makes him a very happy baby.  And having something I can easily pull out of the fridge and reheat makes me a very happy girl. 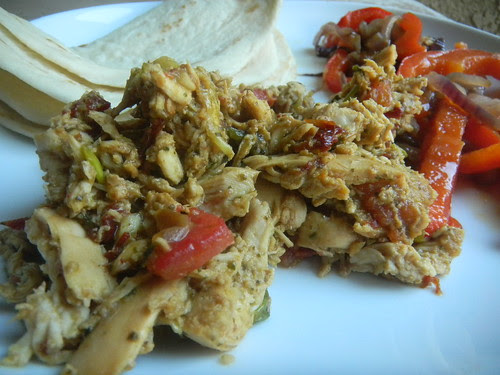