It must be soup week 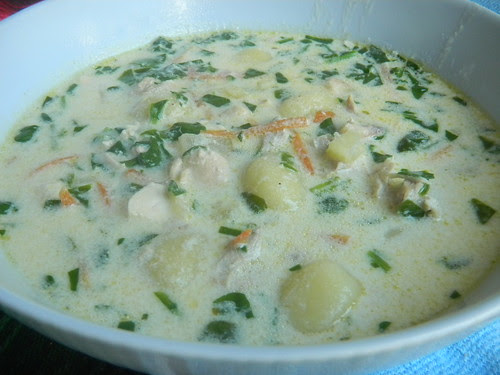 Although next week promises to be difficult, this week is difficult squared.  Between work, a sick baby, the upcoming wedding, and some general misfortune I'm beyond running on empty.  K1 asked if I had time to set and relax at all and I told her I might be able to in 2 days.

After a night of disturbed sleep I didn't even have the time to use the restroom between the time I left the house until I returned around 5:40pm.  Which isn't good for me.  Although, it could have been worse.  I forgot my tea and water bottle at home, so didn't have anything to eat or drink during that time period either.

Days like today calls for a simple meal ready to pull out of the fridge and throw on the table.  Because actually making a meal is just too much effort. And since we're still under the weather, soup it is!

This was supposed to be chicken noodle soup.  (Cure what ails you), but we didn't have any noodles.  (Told you it's been one of those weeks).  We did have some gnocchi - which is one of my favorite pastas anyway. 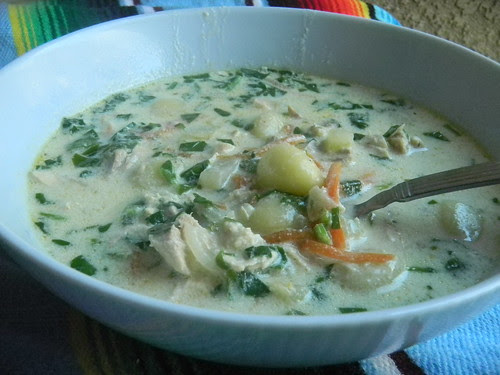