On Saturday morning I went for a run around Thatmom's house. Around .5 miles I almost stopped dead in my tracks. There's this grassy area by her house. It's not a park...just this weird grassy area with a couple of Adirondack chairs. Well the grassy area served as a frame for these gorgeous snow covered mountains that seemed to rise out of nowhere and touch the sky. I almost quit my run right then and there to get Thatboy and share the moment with him. But I didn't want to give up my run, so after I finished I called him and asked him to come meet me - and bring a camera. I wish you could have seen him running down the street in his pajamas, wondering what I was up to. He thought I must have seen an accident, requiring a camera. I wouldn't tell him what I wanted to show him until he came upon it himself. The pictures we took just didn't capture the magic, depth, height of the mountains, but let me just say - we do not get snow covered mountains in Southern California.

From the mountains, we headed to a feature we do see on a regular basis - the ocean. We were meeting The Actress and Armani in Laguna Beach. But on the way, we had to stop so Thatboy could watch the waves. Yup. That's how we role.

The Actress had requested meeting up at The Montage for lunch and sightseeing. I can't say I was surprised. The Actress is the one who introduced me to the phrase "chi chi la la" to describe many places in LA we used to frequent. Due to the events of last year, we haven't seen The Actress or Armani since their wedding - which is WAY too long. So we spent a lot of time catching up. In a very chi chi la la atmosphere. The Montage was gorgeous and even though our mouths dropped open at $15 chicken tenders, we very much enjoyed our lunch. Then we walked along the grounds. Alright everyone - FINALLY, all this text, you get a picture! 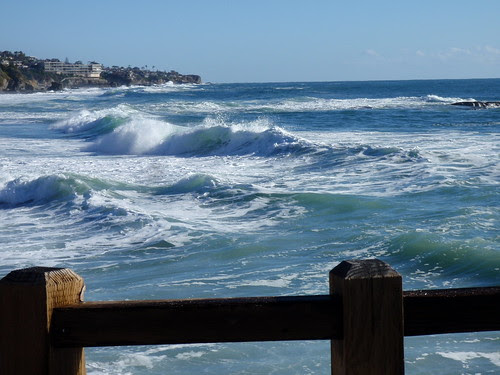 The waves were insane. They crashed right up on our little viewing platform, so we had to be on our game so we didn't get wet. But gorgeous, right? The Actress and Armani don't live as close to the water as Thatboy and I, and The Actress was entranced. It's definitely incentive for them to come back and visit us more.

On Sunday we took a little trip to meet some new friends. Earlier this month I got word that the internationally famous Psychgrad was going to be in my neck of the woods. Well, not quite my neck of the woods, but Palm Springs is a heck of a lot closer than Ottawa. So we hit the road to meet Psychgrad and her husband R.

When we were deciding on a good meeting place it was -15 degrees Celcius where Pyschgrad was. So she jumped at the idea of meeting someplace where we could eat outside. (Well I actually don't know if she jumped....we were communicating via email, but in my mind I picture her bouncing in her seat). She choose Matchbox Pizza. 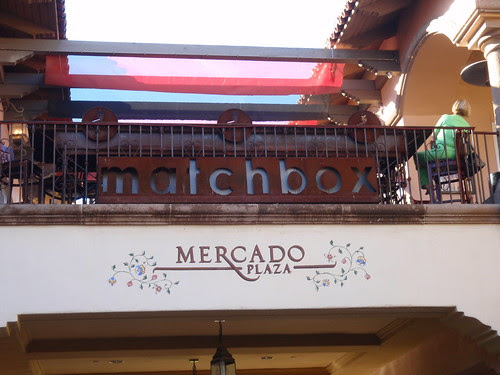 Except we didn't realize that Matchbox wasn't open for lunch. Luckily, since it was a weekend, they were having a brunch - but strangely, there was no pizza on the menu. We made do. 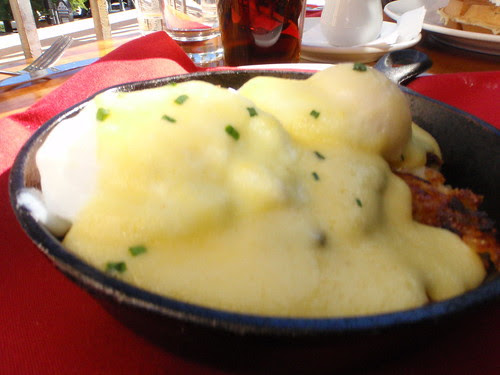 Thatboy knew what he wanted in an instant. None of us were nearly as quick. But the idea of a short rib eggs benedict was irresistable to him. The only problem with the dish was that the egg was a little overcooked. It was pretty much hardboiled - which would have been perfect for me, but Thatboy actually likes his eggs runny. Psychgrad had a Belgian waffle with fresh berries and cream. That's a lot of cream, huh? 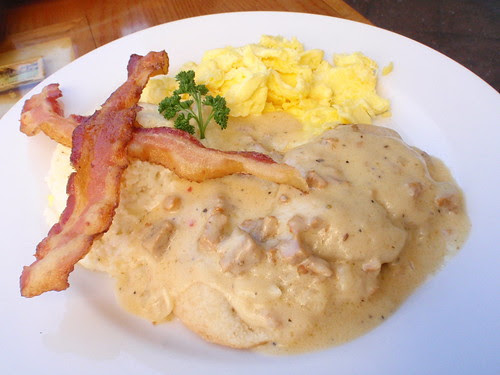 I went back to my Southern upbringing. I seriously can't resist grits on a menu. Especially white cheddar grits. Throw biscuits and gravy in the mix and whooo doggies, we're in trouble. And those bacon strips - went right over to Thatboy's plate. 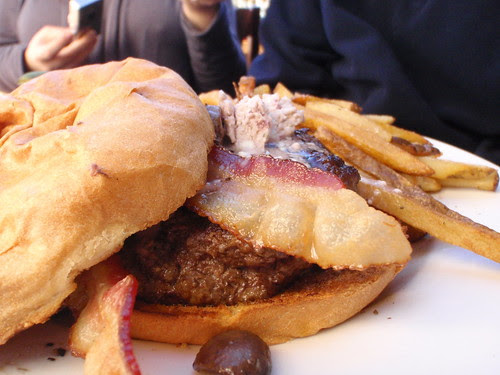 R was the lone voice of reason in our group. See, by the time we ate it was probably close to 12:30, and thinking we were going to eat lunch, we all ate breakfast. So everyone but R got a second breakfast. R, on the other hand, ordered a burger covered with a red wine gorgonzola butter, bacon, and cremini mushrooms.

It was fantastic eating with another blogger as we both whipped out our cameras when the food came - without thinking the other person was crazy. (I'm seriously not sure how Prez puts up with me) And getting to know Psychgrad and R was such a great experience - like meeting people you've known for a long time. And in a way, we kind of have known each other for a while, which makes this meeting a long time coming.

So in one weekend we had old friends, new friends, snow covered moutains, raging oceans, and even a desert. Pretty impressive, no?
Posted by That Girl at 8:25 PM