When Haley first got engaged we began discussing when the wedding was going to be. She, its hard getting engaged in law school because there's really no good time to get married. Especially third year. How are you going to plan a wedding AND study for the bar? Haley decided to leave the planning to the experts. After I told her about destination weddings, she decided it was the only way to go. She hired a coordinator on the big island, bought a wedding dress over Christmas break, and thought no more of her wedding until after the bar when she boarded a plane and jaunted off to Hawaii. I saw the pictures - it was gorgeous.

Last night, Haley had her AHR (At Home Reception) down in Marina Village in San Diego. Marina Village is located in Mission Bay and the view is spectacular. The reception started early enough that we were all treated to a view of the beautiful sunset. 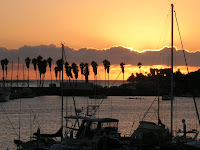 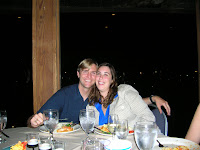 Everything was just so them - laid back and beautiful. Haley and Ben are a no frills couple (although Haley did get a new dress for the AHR - quite fetching isn't it?). 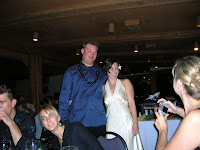 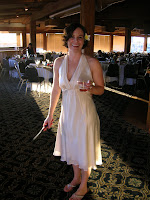 But no frills does not mean no taste. Everything was so beautiful, echoing the Hawaiian ceremony shared by the couple in August. The centerpieces and decorations were tropical flowers. Pictures of the ceremony and the couple dotted available surfaces so that guests could share in the couple's joyful occasion. 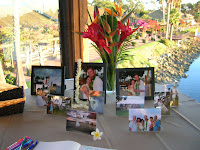 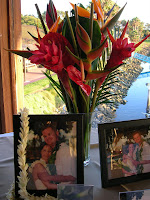 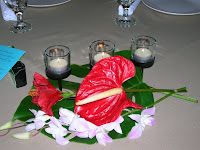 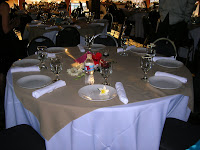 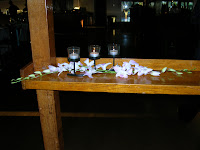 The food was indeed phenomenal - so good in fact that our table got anxious and crabby waiting for our turn to hit the buffet. We loaded up our plates, and there was so much good food, every plate had leftovers remaining. And the topper? Instead of a traditional wedding cake, they served chocolate cupcakes with buttercream frosting. Presented in the shape of a heart. How cute! And tasty. 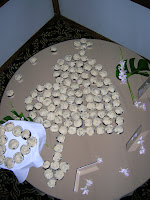 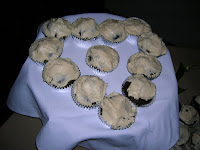 Haley and Ben opened the floor, and the dancing continued all night. Looks like everyone had a great time! 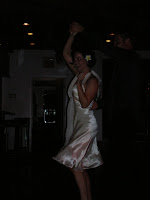 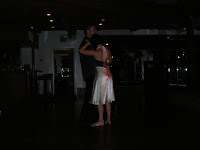 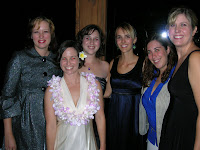 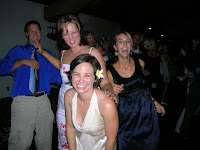