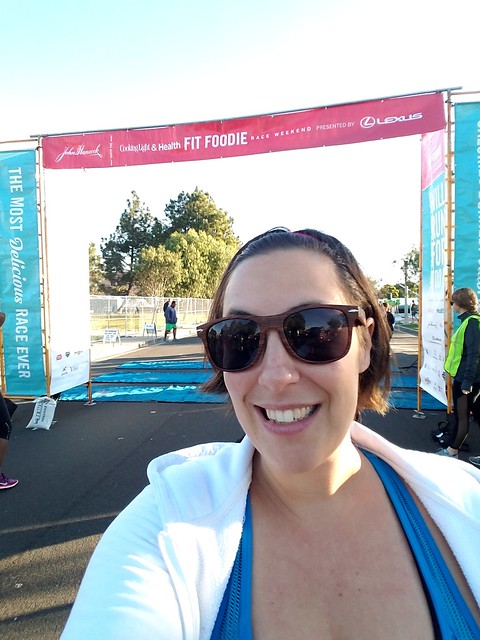 There were a lot of differences in this year's Fit Foodie 5k. New date, new location, new running partner... 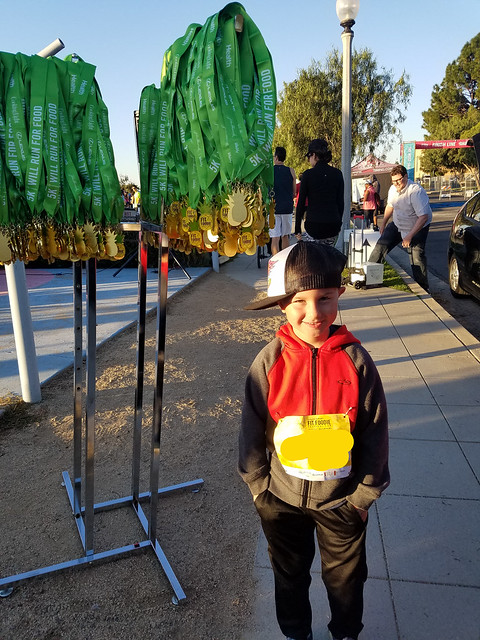 We got there early, having missed registration the day before, and there were loads of people already there.  Both runners and vendors. 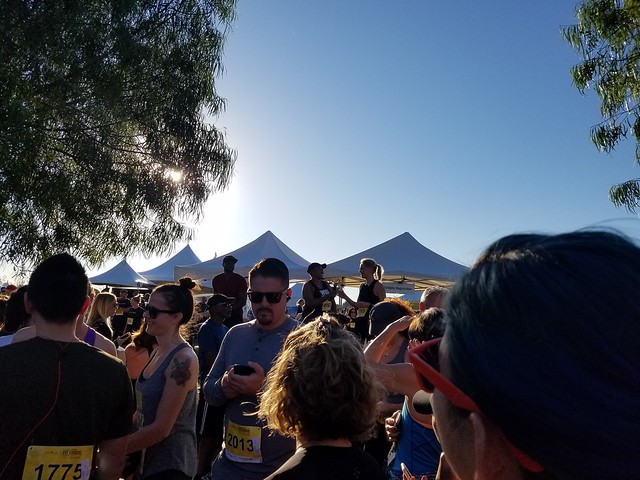 I got a bunch of friends to run the race this year, so before it started we took the time to take some commerorative pictures. 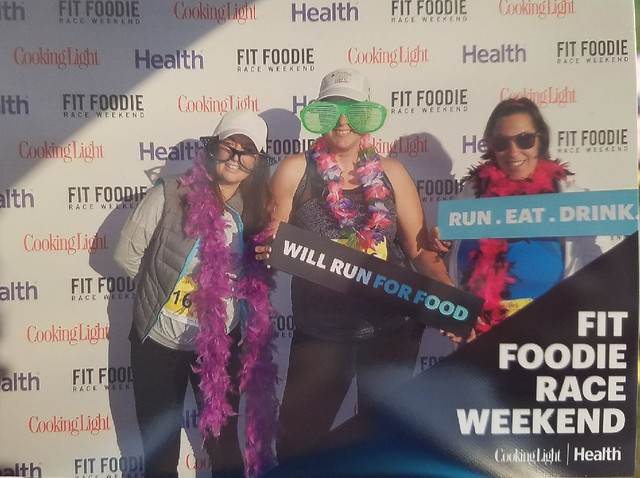 And then we started running.  This was a new race course for me.  I had run a race at NTC Park back in 2011 when I was pregnant with Thatkid, but it was just running around the park itself.  This one had lovely views of the bay. 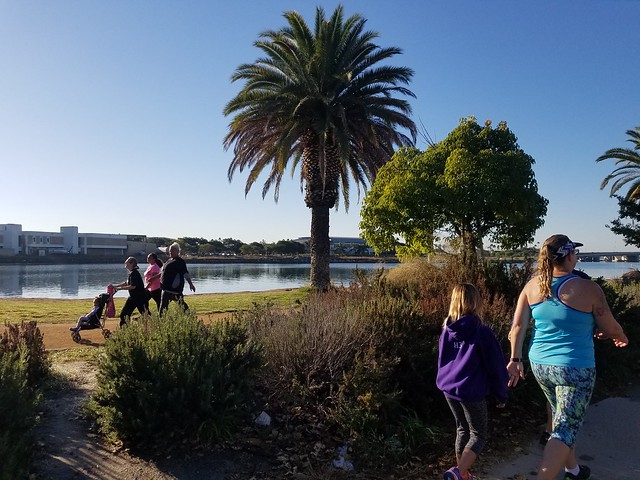 They've also done a lot to the area in the past 7 years.  Like I do not remember the bridges! The race promised bites at each mile, so I was curious as to what was going to be meeting us at mile 1.  It was a prune. 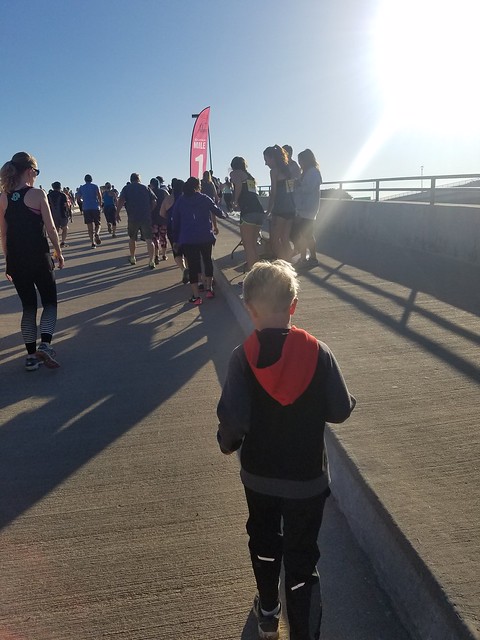 Shortly after mile 1 we turned around, and the rest of the course was downhill or flat. 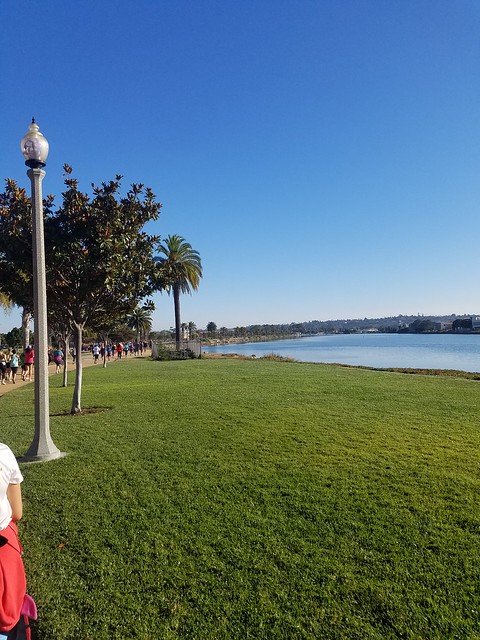 At mile 2 there was no promised "bite," but we did meet up with my friend and her daughter, which turned into a mad dash to the finish for the last mile as the two of them competed to cross first. 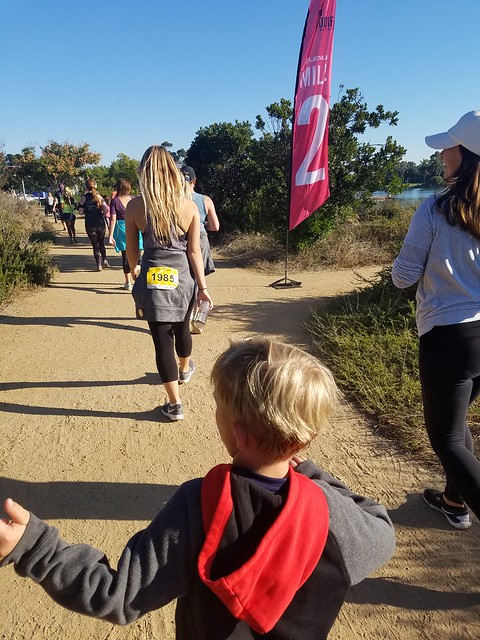 He barely stopped at mile 3 for a sip of protein drink which he passed off to me so he could get that last .1 mile done. 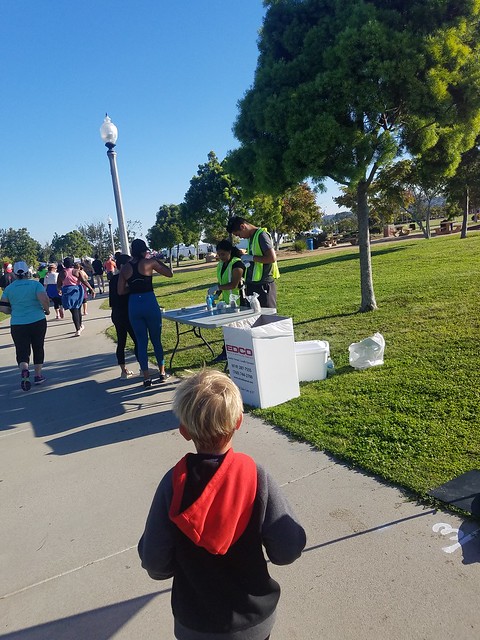 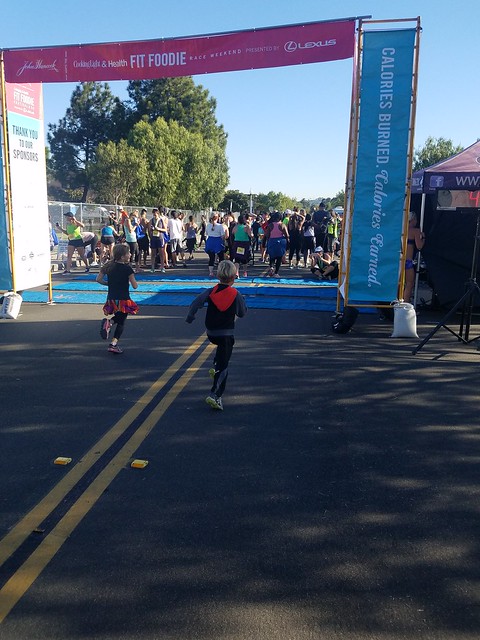 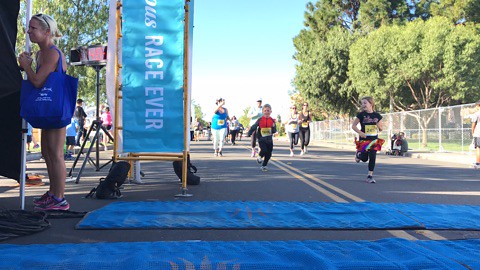 We caught up with him after the race, where we learned those pineapple medals? Not really pineapple. 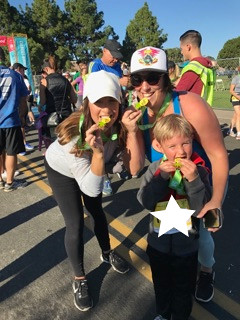 And then Thatkid and I went around collecting goodies.  We ate, drank, got sunglasses, chapsticks, and a ton of other stuff.  Thatkid wasn't thrilled with standing in line, but he loved all the stuff he got. 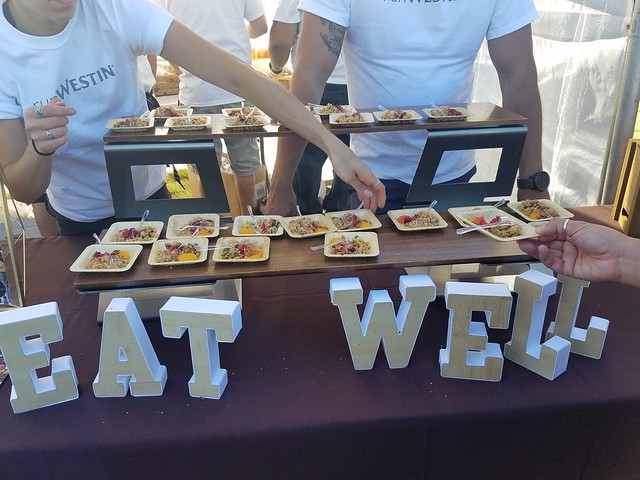 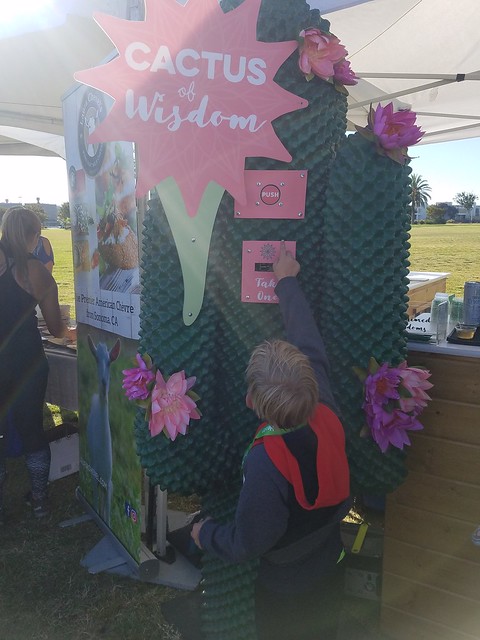 The haul: (my bag, Thatkid had his very own bag) 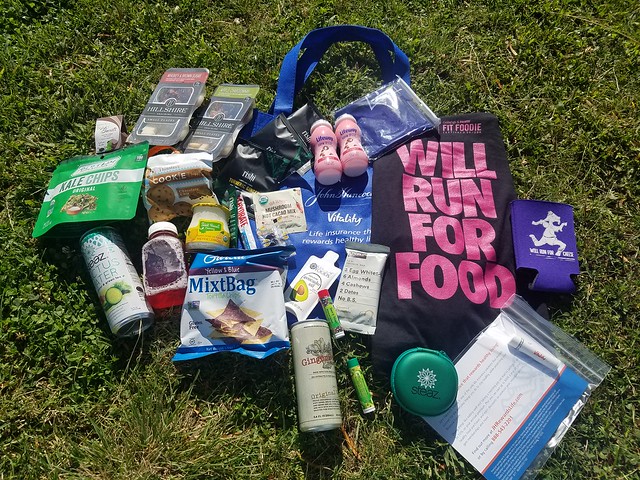 All my new runners had a great time at the race this year, including this guy.  I really do love sharing these moments with him, in fact, we're doing another race together today! 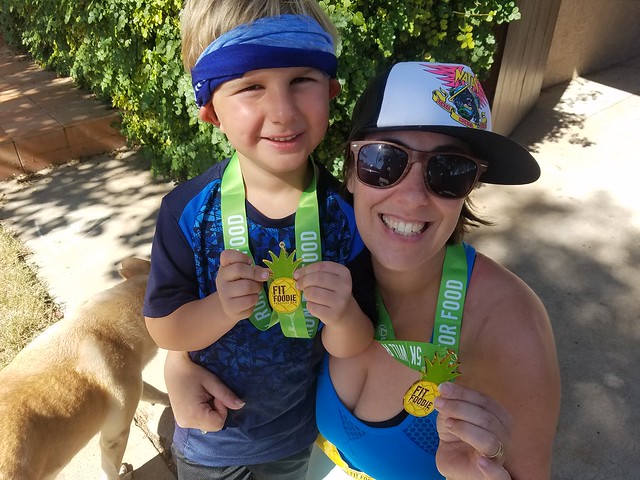