I wasn't originally planning on running the Craft Classic.  I'd only heard of the half marathon, which several of my friends ran last year.  They complained about the difficulty of the course, and made it sound rather unappealing.

But SDMom was turning 40 last week, and decided that for her "birthday run" we should all do the Craft Classic 5k.  Even an unpleasant course isn't a big deal if you're only running 3 miles.  Trust me, I do it every day.

The group of us met early, before the race started.  There are several aspects of a race that are good for review.  And one of them is definitely the parking situation.  This was one of the best and easiest parking for any race I've run.  It was plentiful, free, and close to the start/finish.  If you were running the half marathon, there was a shuttle to take you to the start line. 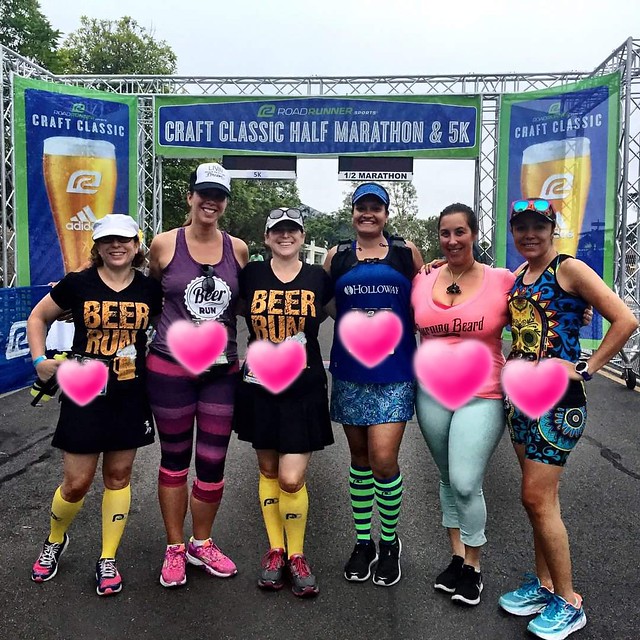 Meeting early gave us plenty of time to play with the photo drops and props before the race, instead of waiting in long lines after we'd finished running.  Especially since by this time the half marathon had already started, so we had less people milling about than we would after. 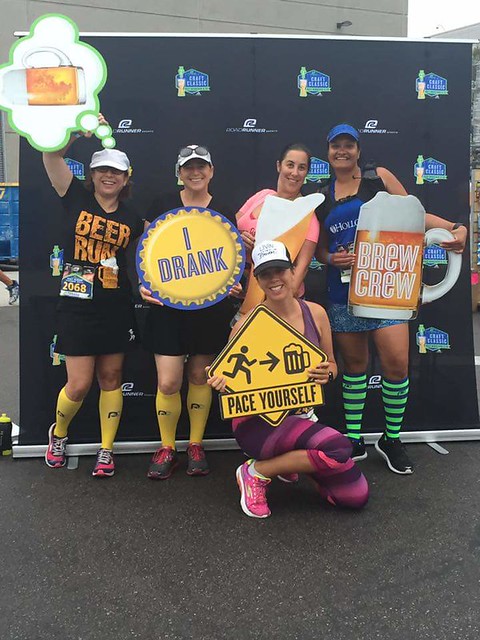 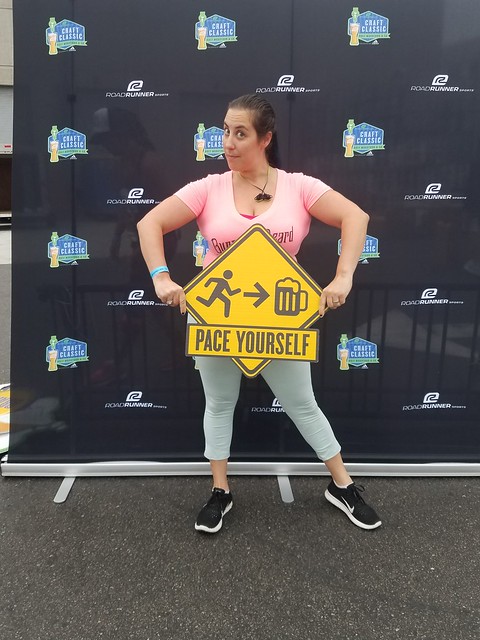 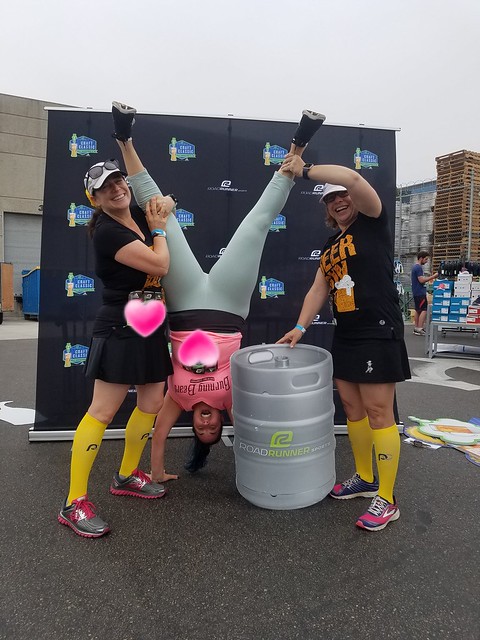 When we finished fooling around with pictures, we headed over to the start line to get ready to run. 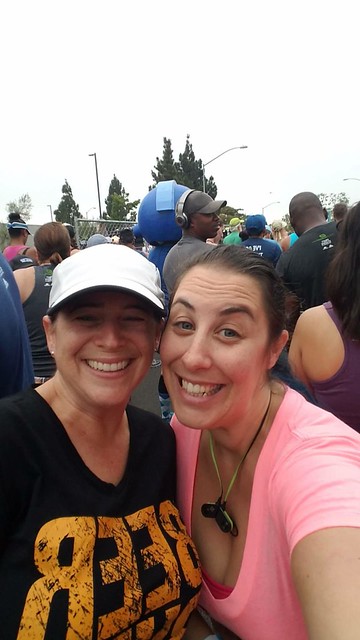 The course itself wasn't really all that exciting.  There was no crowd support, and no beautiful scenery.  It was basically running a mile and a half out on a road, then a mile and a half back.  And the way the course was plotted, we ended up running uphill - both ways. 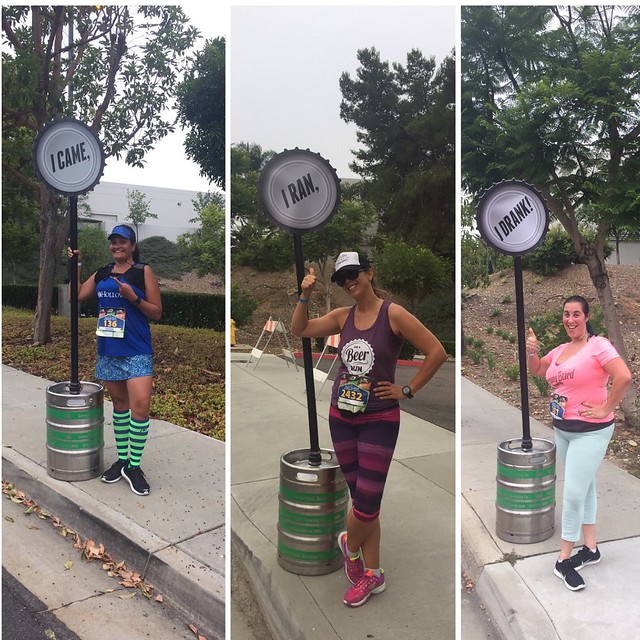 It's been a while since I've run a 5k with anyone but Thatkid.  So even though we took it slow and spent the run chatting, it still seemed like no time before we were turning around and heading back.  And then just like that, it's over. 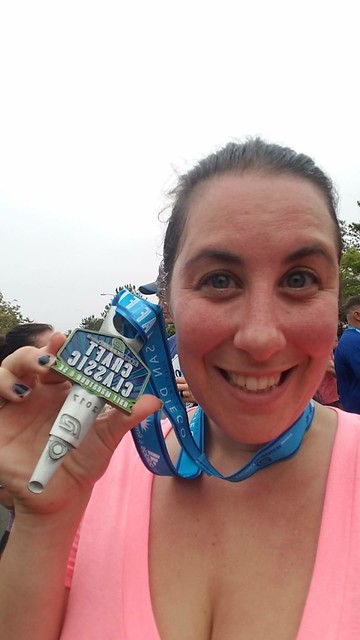 The fun thing about doing a race dedicated to beer, is that the medal is a bottle opener.

And there's beer at the finish. 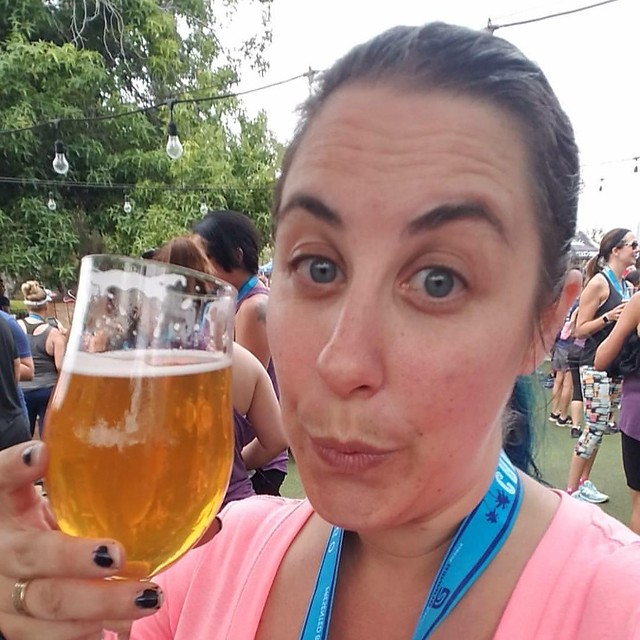 We each grabbed a pint and spent some time chatting and hanging out in the beer garden. 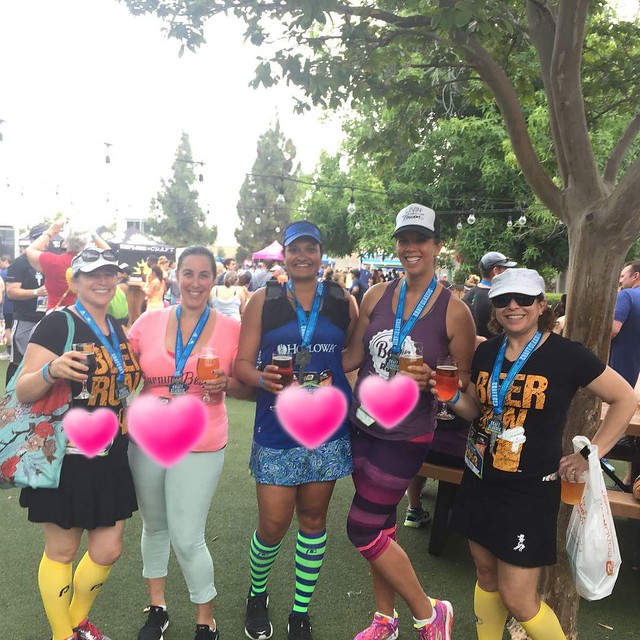 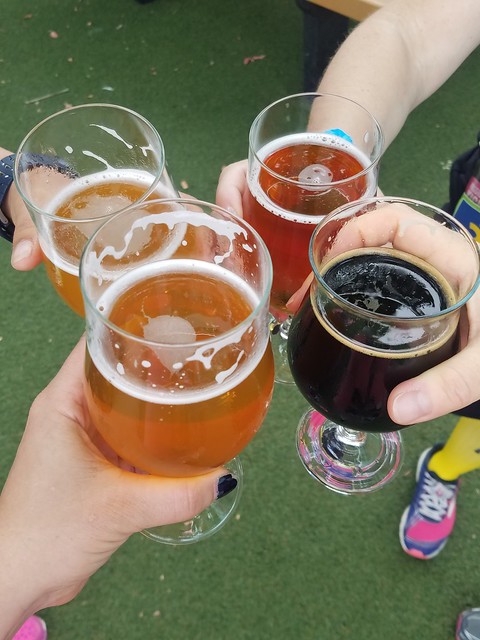