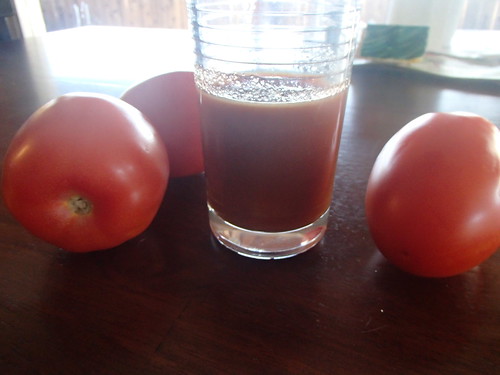 With trial winding down, I ended up only spending half the weekend working instead of the whole weekend. Which meant I got to spend some time with my favorite boys!  I also tried to cater to Thatboy a little this weekend since he's been running single parent duty for the past month or so.

A couple of weeks ago, one of his coworkers, Brewgirl, texted me to see if we could plan a group outing in the near future.  The last group outing I missed out on when the ceiling came down in the guest room, and I ended up sending the boys without me.   We made plans for this weekend - and like usual, most of our "group outings" involve drinking.  Since there are kids in the group, we venture to different locations with fun things to for the kids - like hiking near a local brewery.

This time we headed to a new restaurant equipped with a great bar.  The kids ate chicken fingers and fish and chips.  The non-pregnant people drank lots of beer.  Those of us who were pregnant (Brewgirl and I) drank soda and homemade sasparilla.

And then we took the kids to the park. 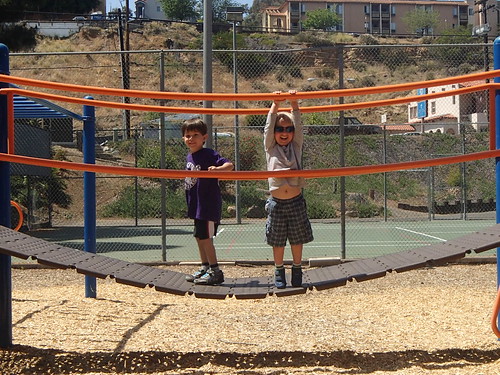 And then we went back to the Brewer's house to partake in Brewguy's latest brew and lots of other beers while the kids did crafts.


I'll admit.  It's hard being pregnant and unable to drink.  Especially when everyone else is drinking.  I've taken to making a bunch of non-alcoholic beverages to drink while everyone else is sipping on brewskis.

Bloody Marys are not on my "to drink" list currently.  But tomato juice is!  And homemade tomato juice seems so fancy.  Like the kind of drink that gets an umbrella.  I didn't put an umbrella in this drink, but I definitely appreciated something other than water! 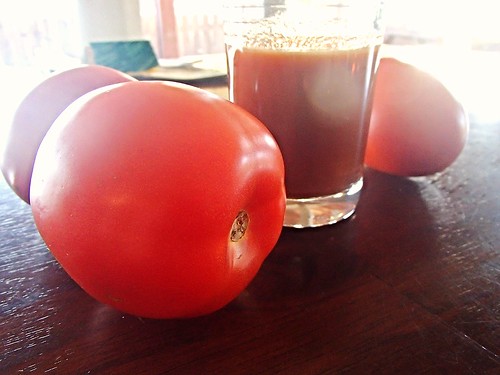 Tomato Juice (From the Fannie Farmer Cookbook)
3lbs tomatoes
Posted by That Girl at 1:00 AM