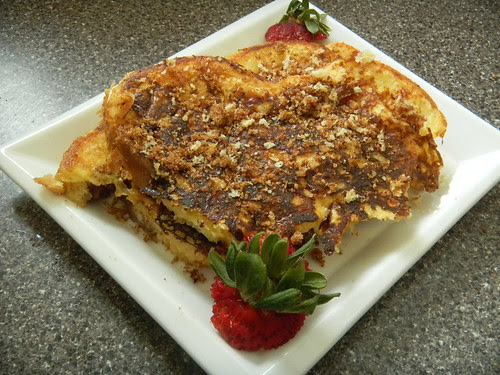 Tuesday night we gathered around a coffee table, laden with goat cheese, quinoa salad, brownies and ice cream. We fervently leaned in during the discussion, voices rising as we talked over each other, laughing and trading quips.

The discussion that had us all so involved?  Our latest bookclub read - 50 Shades of Grey.

I love my bookclub and the women in it.  They are smart, funny, and most of them are moms or soon-to-be moms.  But the books we read are never ones I would chose for myself.  Most of the time it doesn't matter so much, because we hardly ever discuss the books anyway.  In fact, this is the first time most of us had finished the book to be discussed.

Our host started us out:  "Did anyone else just not like the book?"  There were three of us.  Three women who pointed out flaw after flaw.

"Why are they always murmuring?"
"I practiced looking up through my eyelashes, couldn't do it."
"I hate her inner goddess."
and my personal favorite: "NO ONE has sex that often."

To be honest, those of us who weren't enamored by the book have valid points (because really, do you think I'd sit here on my own blog and tell you how wrong I am in any sense?).  The book depicts a relationship you do not want to be in. Let's pretend you have a friend.  She has a new boyfriend.  Here are the details she tells you about:
* He doesn't want her to have contact with any of her friends or family if he's not around.
* He wants to control what she wears, what she eats, and even how she addresses him.
* If she don't behave in a manner he finds appropriate, he beats her.
* He demands sex from her in order to make himself feel better.
* And when she asks questions about him or his past, instead of answering, he has sex with her.

This guy would raise some serious eyebrows, right?  And yet women all over the country are swooning over the book.

The only redeeming factor of the book was that the food sounded pretty damn good.  When they ate.  Because the main character only has about one meal a week.  Somehow subsisting on weak tea  (is this some sort of feminine ideal?)

I can't live only on weak tea myself.  And since Thatboy and I have a relationship based on more than just sex, we can enjoy a delicious breakfast.  No one got spanked when we realized I forgot to buy Log Cabin Light - Thatboy's favorite.  Instead we improvised with some powdered sugar. 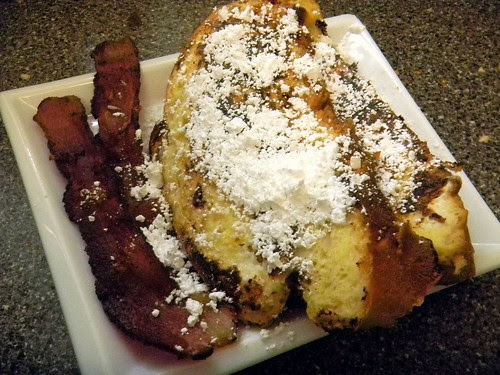 Easy French Toast
3 eggs
1/2 tsp salt
2 Tbsp sugar
1 cup milk
6 slices of bread (I used the coffee bread recipe below.  I made the bread first and thought it would be perfect for french toast.  I was right) 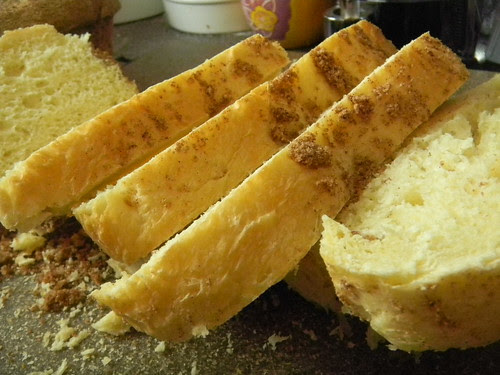