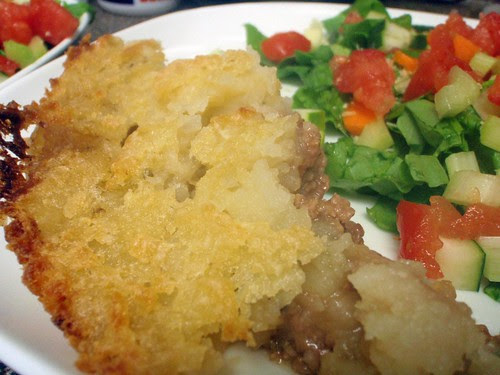 Thatdad had a very different culinary upbringing than I did. There are stories told of frozen tuna sandwiches, sloppy joes, fluffernutters, and shepherd's pie. I didn't grow up with most of those dishes. Every now and then, when Thatmom would go out of town Thatdad would make us fluffernutters for lunch. And I think maybe once or twice Thatmom indulged him and made us sloppy joes. But mostly I grew up on roast chicken, broiled shrimp, and Peking duck.

I remember the first time I made a Turkey Pot Pie and it quickly became one of Thatdad and Thatboy's favorite meals I made. A definite throw back meal that wasn't a household staple for me, but easy enough with leftover Thanksgiving meat. I mean really, all you're doing is making a bit of a stew and covering it with pie crust.

I was under the impression that Shepherd's pie must be something similar, but I never made the elusive dish. I stuck with my pot pies. Even after I learned that it's a different creature in that it's covered with mashed potatoes and not pie crust.

And then I tried it. It was at an Irish pub - a great place to try new foods. And it seemed like such a fantastic concept. First of all, who doesn't like mashed potatoes? Especially when they're baked and golden. A cross between a mash and a hashbrown. Over a lamb stew? It seems like such a simple concept, but at the same time ingenius. 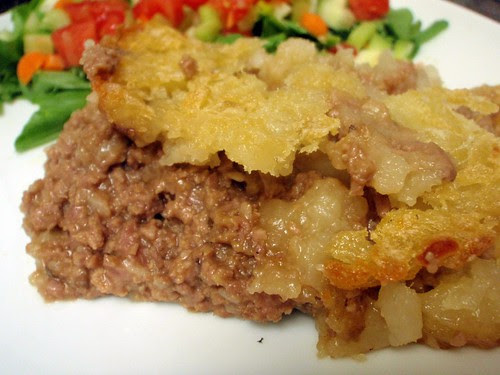