My buddy Faye keeps bugging me to blog about the half marathon I ran a couple weeks back, and I promise I'll get to it - some time before she heads back to the desert, but life throws some unexpected curve balls, doesn't it?

I was recently reminded of just how selfish we all can be. And I had to put myself in check. 2 weeks ago I got devastating news. Except it shouldn't have been devastating for me (see what I mean by selfish?) My friend N awoke in the middle of the night and had to rush her husband K to the hospital. In a scene that surely must have echoed what we felt 2 years ago, her family stood at the hospital praying for a miracle, and trying to hold themselves together when it didn't come.

When Thatdad died we all agreed he was too young. Thatmom felt like she didn't have enough time with him. But Thatdad was twice as old as K. Twice as old. For those of you who aren't good at math, K was in his 20s. Too young doesn't even begin to describe the loss. And when I got the news, the first thing I did was contact N with a message of love and support. And then it became all about me. In a situation that was not about me. I called Thatboy and told him I wasn't okay. I ran a bath and waited for him to come home. We went to the beach and walked and I made him promise never to die. I called Thatmom for some support. I felt myself sinking into depression. And at a certain point I realized that this was ridiculous behavior and I gave myself a stern lecture. Just in time for the unveiling of Thatdad's headstone.

At the unveiling I went back into "protection mode" like I was after the funeral. Keeping an eye on Thatmom. Which was good, because I was able to focus on someone other than me.

It was a weekend full of sadness, memories of men taken far too soon and the rest of us left behind who try to put the pieces of our lives back together. It was the kind of weekend where even chewing seems like too much effort. So it's a good thing there isn't much chewing involved in this crabmeat casserole. Honestly, I was much more interested in the cornmeal mush - which is like a cross between grits and polenta. (Delicious) But then again, you can't be too surprised that a dish filled with mayo and heavy cream wouldn't be my thing. 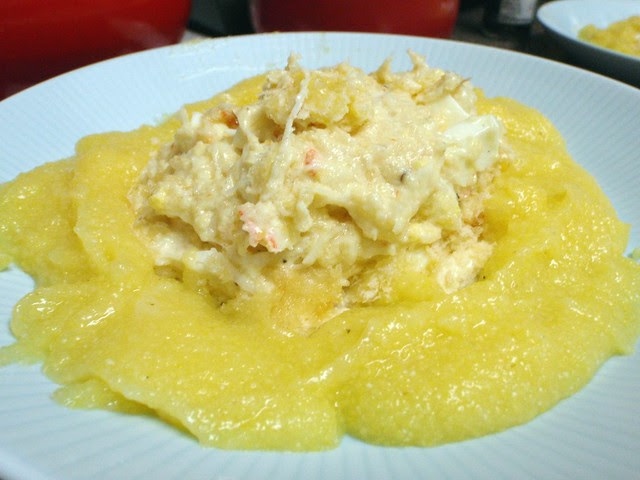 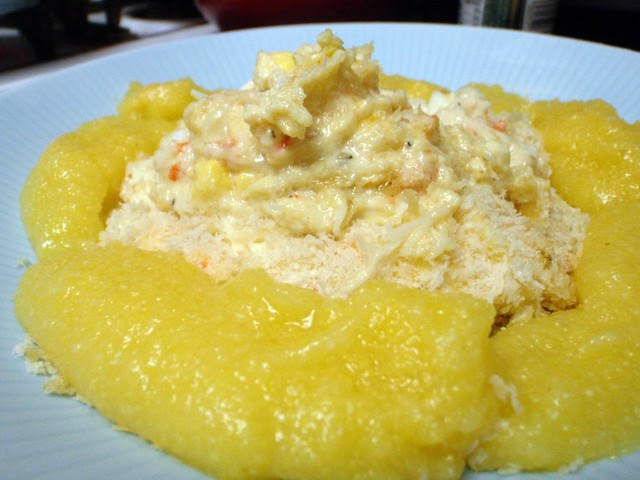