Do you feel deserted? I know it's been a while, but we had a major emergency in Thathouse - Thatmom needed an escape. So in the middle of the week last week, we headed out for an emergency girls' vacation.
To the Bacara Resort and Spa in Santa Barbara.

First stop was lunch with Toxicesq and China who happened to be visiting the Happiest Place on Earth. And then we were off.

Alllll the way to the outlets, where we had to make a second stop. Because Thatmom and I needed some retail therapy. And some hats for lounging by the pool, since we had both forgotten to bring our own. 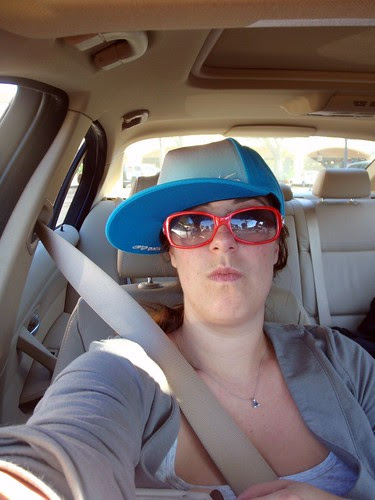 By the time we got to Bacara, it was LATE. And we had been in the car all day. We were exhausted.

So while Thatmom checked in, 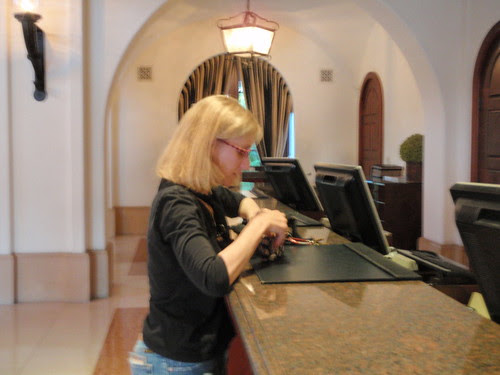 I scoped out the lobby. 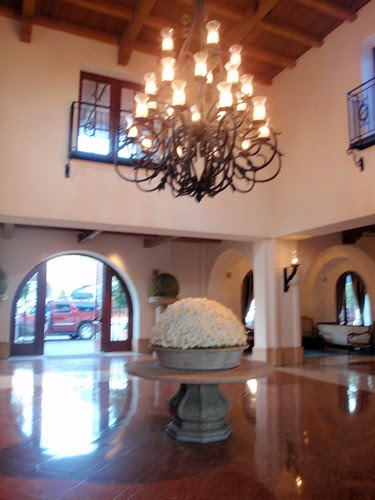 Our room was gorgeous - Thatmom's first order of business is always to check the bathroom for "product" (as Thatdad used to call it). She loved that it was Fresh toiletries, but didn't love that most contained mango, which she is ridiculously allergic to. She did love the oversized shower - she's really into those. 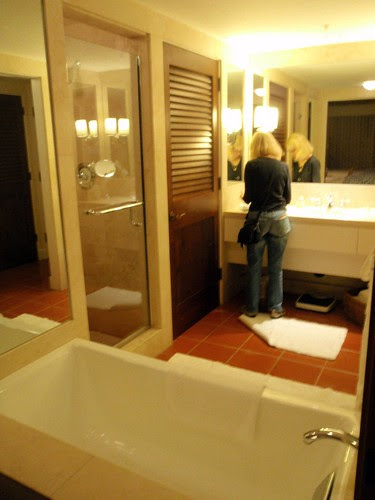 I showed Thatboy a picture of the room and showed him which bed I slept in and he laughed and told me I got the jenky bed. We had to tell him it was just the angle, and it was the same size as the other bed. Both beds were already turned down for us, because, as I said, it was late! 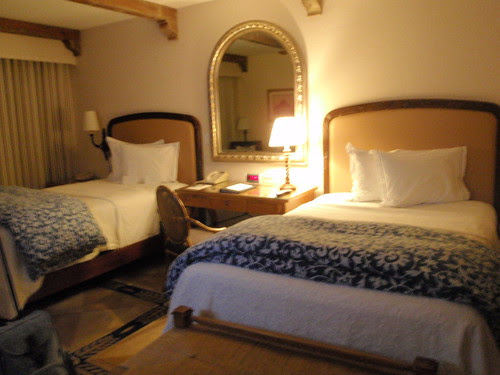 On our drive up, we were starving and didn't want to stop because we'd already been on the road ALL day. "Let's order room service!" Thatmom suggested. So as soon as we got into the room we called down and had them bring up two giant cheeseburgers for us. They brought up more than that - check out the setup! 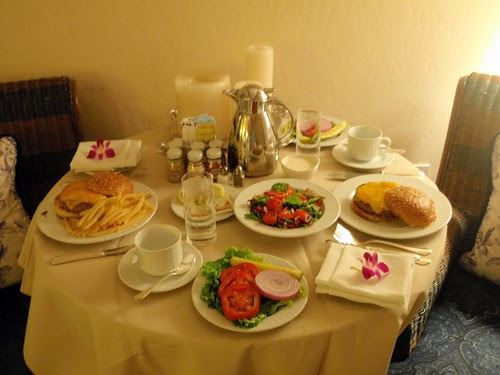 What, you don't go to a spa and order cheeseburgers? Well maybe you should. 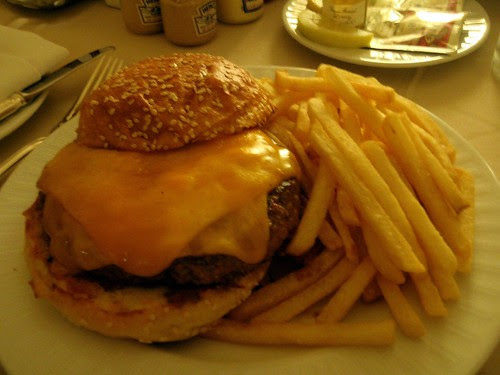 Thatmom dug right into hers. And even though both of us are notorious for not finishing our burgers, we made a good showing! I think we both did about 3/4 of a burger. 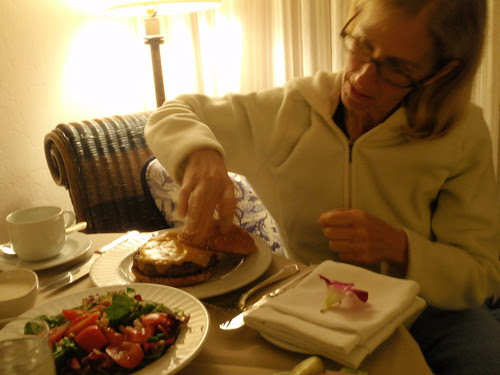 And then it was off to bed - because driving, shopping and eating makes you very very tired. The next morning I was with it enough to take a picture of our view. That's the ocean over there to the left!

And then we did a tour of the grounds before hitting up the fitness center....and then I retired my camera for the rest of the trip, but rest assured, there was plenty of lying by this: 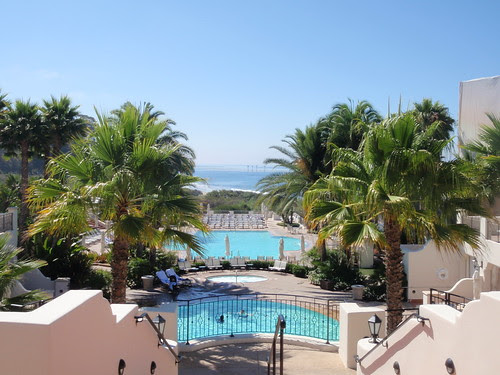 Nothing better than a pool with a view.


But I can't leave you during crab week without a crab recipe! So let's go with another great spa option - creamed crab. I doubt you'll find it on any spa menu to be honest, because it's not exactly light or healthy. Then again, neither was the creme brulee oatmeal we enjoyed at the spa. But we're big fans of "everything in moderation" in Thatfamily, so having creamed crab one night certainly is allowable. Especially when paired with something lighter like boiled brown rice. 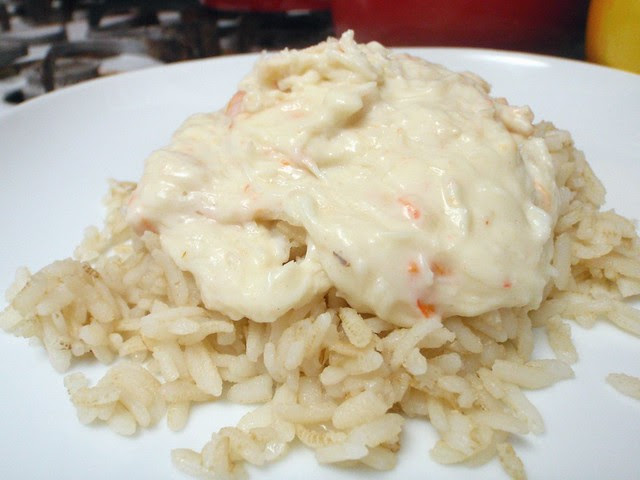 Why boil rice? It's a little trick I picked up from the back of a rice container. I am NOTORIOUS for ruining rice- well, that is, until I got my rice cooker. Before that it was either a soggy mess, or burnt to the bottom of the pot. But pasta? I can make pasta with the best of them. This is a similar method - boil rice like pasta and then drain. Even I don't mess this one up. 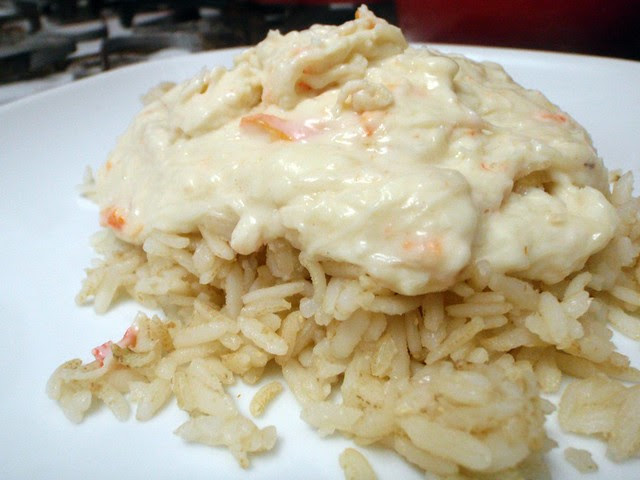